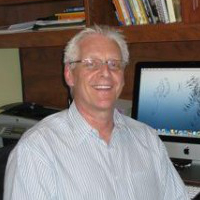 Dr. Gibson was born and raised in Calgary, Alberta. He graduated from Palmer College in 1974. His family settled in Winnipeg, Manitoba where he and his wife, Beth, operated the Riverside Chiropractic Clinic and raised their children, Sarah and Graeme. In 1991 the family moved to Seattle and took over the Queen Anne Chiropractic Center from doctors Anderson and Dewey. Sarah and Graeme both graduated from Life West Chiropractic College and joined the office in 1999 and 2001 respectively. In 2006, the family mourned the loss of Beth, who had contributed so much to the office and the community. He is an avid hockey and rugby fan. He enjoys working with people of all ages, from infants to seniors, and with people in different stages of health, whether they are treating for preventative maintenance or for rehabilitative care. He and his wife Ginger are residents of the Queen Anne community.