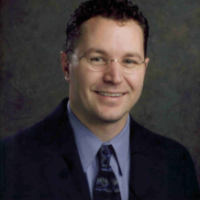 You could call him your running-whiplash-headache-low-back-pain-golfing-sailing chiropractor, or like most of us, you could just call him Dr. Carr.

He graduated from Colorado State University in 1992, attending college on a CSU track and field team scholarship, running the 400m, 800m, indoors and out, and cross-country. During his junior year a car broadsided his, and the amazing results he got convinced him that chiropractic, with its naturally drugless methods to relieve pain and increase performance, was the job of a lifetime for him.

After graduating from Colorado State University, Dr. Carr received his doctorate from the prestigious Palmer College of Chiropractic.

Now the owner of his own chiropractic office, Dynamic Chiropractic Clinic, Dr. Carr is allowing others to experience the best chiropractic has to offer. Specializing in whiplash and sports-related injuries, Seattle Dr. Carr provides his patients with the gentle, effective care necessary to bring them to their maximum potential.

In addition to the Palmer package of Gonstead, Thompson Drop, Toggle Recoil and Diversified techniques, he is certified in Motion Palpation, Nimmo soft tissue technique, and whiplash treatment. He is also a certified chiropractic golf practitioner. Dr. Carr is Neurology Diplomate Eligible, meaning he has taken enough post-graduate education classes on the subject of Neurology to sit the exam for this post-graduation certification.

He also takes regular postgraduate classes. Most recently, many of his classes are from Harvard Medical School.

Dr. Carr fulfilled his residency at Tuttle & Devine Chiropractic Center in Seattle’s Pioneer Square before officially joining its staff for more than two years. Many of his patients at Tuttle and Devine enjoyed his care so much they found him and followed him to his new practice.

Dr Carr has received many awards in his profession, including the Palmer Diagnosis Award, the Palmer Humanitarian Award, and the Neurology Diplomate Award. He also writes health-related articles for several professional publications and online journals.

When Dr. Carr is not at the office, he is active outside of it. An avid runner, cyclist and sailor, Dr. Carr can often be found outside on Washington’s beautiful trails and waters. Dr. Carr’s life goal is to sail around the world with his son with regular visits from his wife in all the exotic locales, with a chiropractic table on board for “boat calls”.

Recently he finished rebuilding a classic International 14, named “Slick Finish” and a Flying Dutchman dinghy named “I Don’t Know”, that he sold in 2006. HE then acquired a Bob Hoare wood FD, which was named the Wounded Moose. ( It’s a long story ) Then he sold that FD, and now sails on a Flying Dutchman boat named The Wounded Moose Deuce… It’s a Lindsay Boatworks boat, made of Kevlar and for the Olympics. It’s sister ship earned a World Championships and a gold medal, as well. Dr. Carr has the “Legal” title of being the Flying Dutchman Region IX Secretary… wow, right? He feels that sanding the hull is good training for chiropractic adjusting… no doubt the hull will be smooth!