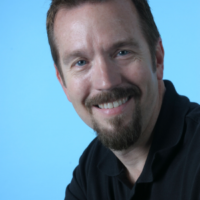 He opened his first practice in Ossining New York in December of 1982, which quickly became one of the largest Chiropractic facilities in the Westchester County area. He practiced in New York for 18 years before moving to Tampa, Florida in June 1999.

Dr. Barry opened his first South Tampa Chiropractic office in 2000. After seeing the need for great quality care a little further north, he opened his office on Armenia Ave in 2003.

Dr. Barry brings over 30 years of experience and education to his Tampa Chiropractic practice.